Arrival in Plzeň (Pilsen). The afternoon guided tour will lead you, among other sites, to the Pilsner Synagogue (the third largest worldwide), to the famous Bartholomew Cathedral which has the highest church tower in the Czech Republic, to the wonderful Municipal Theatre and many others. Surely, you´ll also visit the world-famous Pilsner Urquell brewery. A beer tasting is a part of the brewery sightseeing tour as well. Welcome drinks and dinner will be served at the hotel.

In the morning, you proceed on a city tour around Karlovy Vary, where you´ll see the famous Market Colonnade, the Thermal Spring Colonnade and the Chateau Colonnade as well as the old Russian style built St. Peter´s Church, the St. Paul´s Church and the Maria Magdalene Church and the grandiose Emperor Spa Building. At around noon, you´ll go on a sightseeing tour of the famous MOSER museum with the glass factory on the outskirts of Karlovy Vary. Following this tour, your bus will bring you to the historical town of Loket, where you can catch the unique medieval flair. Afterwards, you´ll go to Mariánské Lázně. The tour guide will show you the numerous fountains, the central colonnade, the Goethe-Museum and the churches in this wonderful town. Afterwards, you´ll travel back to Pilsen, there will be a dinner and you will stay another night at your hotel.

Following your breakfast on this day, you´ll first travel to the town of Klatovy. After the short transfer, you´ll be standing in front of the unique ‘White Unicorn’ baroque pharmacy. This pharmacy had been on the market square since the middle of the 17th century and had remained fully in service until 1966 when it was transformed into a unique pharmacy museum. You can get a glimpse of the mythical unicorn which gave the pharmacy its name. The entry to the 17th century catacombs is located close to the pharmacy, these catacombs were built in the 17th century, erected in the Virgin Mary and St. Ignatius Church cellar rooms. It was predominantly the Jesuit order members who were buried here and until now, you can actually see dozens of mummified bodies in here. You will then move on to the fairy-tale like Hluboká nad Vltavou Chateau. Undoubtedly, this gem from the early Schwarzenberg period perching high above the Vltava River figures among the most beautiful Central European chateaus and is one of South Bohemia´s most dominant pearls. In the late afternoon, you will proceed to České Budějovice, the wonderful South Bohemian regional capital. During the extended city sightseeing tour, you will see e.g. the gothic Virgin Mary Sacrifice Church, the baroque St. Nicholas Cathedral, the famous Black Tower and the enchanting quadratic Budweis city square with the Samson Fountain in its center. Dinner will be served at the hotel where you will be accommodated.

On this day, you will pay a visit to two historical South Bohemian small towns that are indeed worth seeing. Your tour commences in the town of Jindřichův Hradec. It´s fascinating due to its extended Renaissance Chateau area with three courtyards – this building acquired its shape during the refurbishment from the previously built early gothic castle. Furthermore, this town can be very proud of its old churches located in the city square and in the adjoining alleys and there are also dozens of old Renaissance or Baroque town houses. The Jindřichův Hradec Museum houses the world´s largest mechanical nativity scene – the so-called Krýza crib as well as a thematic exhibition about the opera singer Emmy Destin and the wonderful future exhibition… Afterwards, you´ll move on to the Třeboň renaissance chateau, the 16th century residence of the Rosenberg family. After the 30 Years’ War, it became the property of the Schwarzenberg family for 300 years. We can only recommend visiting the pseudo-gothic style Schwarzenberg family crypt located at the Svět (English: The World) pond. Dinner will be served at the hotel where you will be accommodated.

The first part of this day´s program takes you on a large round trip to the Bohemian Forest. We are going to travel along the large Lipno-Reservoir until we reach Český Krumlov. During this trip, you will get to know a lot of information about the longest mountain range in the Czech Republic. Afterwards, you will pay a visit to the picturesque town of Český Krumlov which has been on the UNESCO World Cultural heritage list since 1992. You will get to know both the spacious chateau area and the wonderful old town on this guided tour. In the evening, there will be a true Bohemian beer evening, including 3 beers and music.

Following breakfast, you will set off on your return journey.

Side-trip on the return journey: Holašovice

On your journey back home, you can make a short stop in the most wonderful Bohemian village. It´s called Holašovice and due to its unique rural architecture, it was proclaimed a UNESCO World Cultural heritage site as well – in 1997. 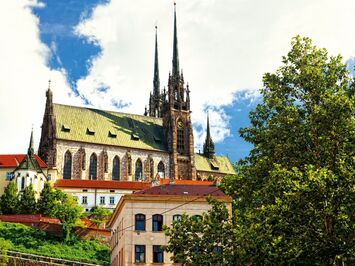 The Giant Mountains – Land of the Elbe spring 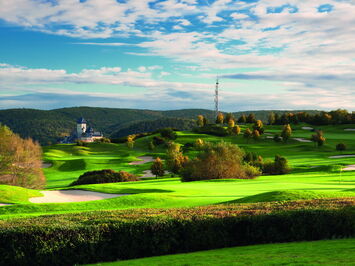